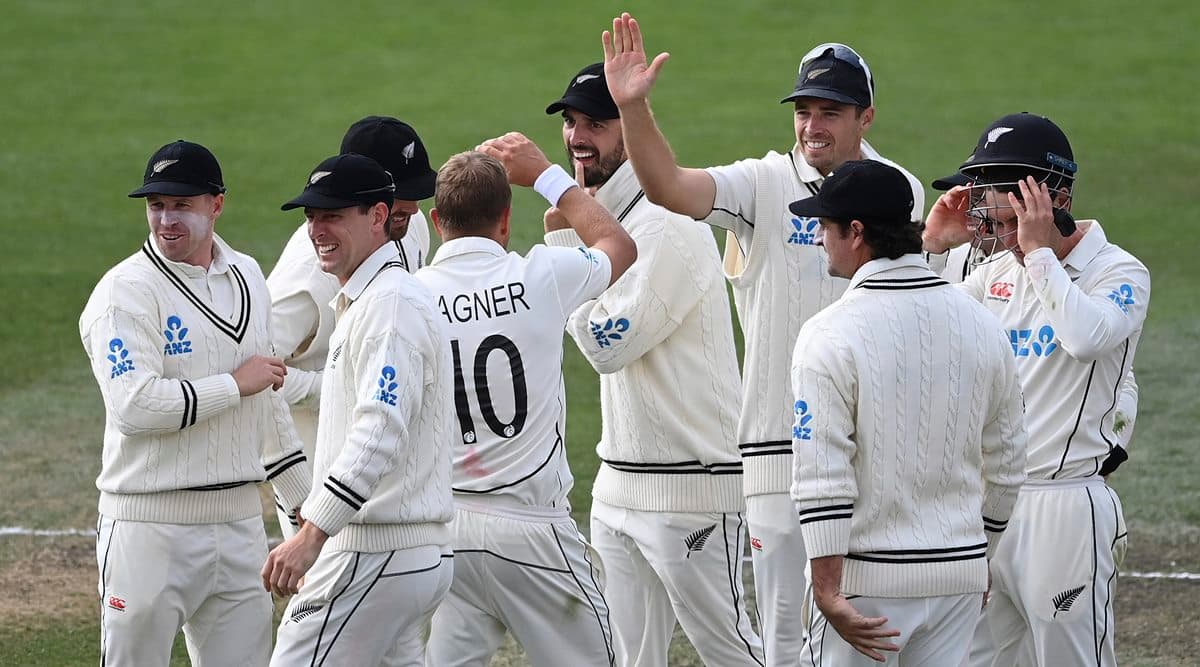 South Africa held a 211-run lead over New Zealand at stumps Sunday on the third day of the second test at Christchurch, a day on which there were four specific episodes and one general theme.

The binding theme of the day’s play was that South Africa held a tenuous upper hand. From the start of play when New Zealand was 157-5 and 207 runs behind South Africa’s first innings of 364, the Proteas kept a grip on the match, shaken momentarily by the day’s events.

At stumps South Africa was 140-5 in its second innings with Kyle Verreyne 22 not out and Wiaan Mulder 10.

In the first episode of the day, 35-year-old allrounder Colin de Grandhomme continued a gallant counter-attacking innings to post his second test century, four years after his first.

De Grandhomme shared a 133-run sixth-wicket partnership with Daryl Mitchell which shored up the New Zealand innings after the home team had been 91-5 late on the second day. He made a half century from 56 balls before stumps on Saturday and carried on to 90 in the first session Sunday, then spent 47 nervous minutes in the 90s before completing his century.

“It went well for me today and the boys got a good score on the board,” de Grandhomme said. “Hopefully, we’ll be in a good position by lunchtime tomorrow.”

When Mitchell was out for 60, New Zealand was 224-6 and the sixth-wicket partnership had made South Africa’s lead less oppressive.

In the next episode, South Africa pushed back. They ended New Zealand’s innings at 293 to take a 71-run lead on the first innings.

De Grandhomme continued what became a slow accumulation of runs and finished 120 not out. A bright innings of 21 by Neil Wagner helped New Zealand take a little more weight out of the total. Wagner’s innings included three fours, a six and a lot of bouncers and banter because he had tested some of the South African bowlers with short pitched deliveries in their first innings.

Kagiso Rabada took the last two wickets with consecutive balls to end the innings with 5-60, his 11th five-wicket bag.

In another, short but significant episode, New Zealand made early inroads into South Africa’s second innings. Tim Southee took two wickets and Matt Henry one, leaving South Africa 38-3 and briefly raising the prospect the target New Zealand ultimately will have to chase will be less onerous.

Then, for most of the last session there was a dogged battle for supremacy. The New Zealand bowlers kept heavy pressure on South Africa and managed by the close of play to break through its top order.

First-innings century-maker Sarel Erwee (8), captain Dean Elgar (13) and Aiden Markram (14) fell before tea when South Africa was 42-3. A battling partnership of 65 for the fourth wicket between Rassie van der Dussen and Temba Bavuma allowed South Africa to rally to 104-3, steadying the innings.

Van der Dussen was dropped by de Grandhomme off Wagner and successfully overturned a caught behind decision as he grafted his way to 45 from 85 balls. He was tested by Wagner’s persistent short-pitched bowling and finally returned a catch to Wagner when he was 35.

Bavuma made 23 from 51 balls before flashing at a ball well wide of off stump and providing a catch to Southee off Wagner.

The day at Hagley Oval was never warm but a bitter cold had crept over the ground as the close of play approached. A few hardy spectators swathed in blankets stayed until the end.

They saw Verreyne reach 22 from 59 balls and Mulder make 10 from 42 deliveries to push South Africa’s lead past 200 runs. The questions of how many runs will be too many for New Zealand to chase in the fourth innings is still unclear.

New Zealand needs at least a draw to beat South Africa in a test series for the first time in 17 attempts over 90 years. There are two days remaining and the pitch at Hagley Oval is still relatively good: it hasn’t cracked and there are no notable footmarks.

There is still pace and bounce enough in the wicket to help the bowling side and New Zealand likely won’t want to chase more than 300.

IPL 2021 Live Cricket Streaming: When and Where to Watch CSK vs RCB and SRH vs DC Match Online?