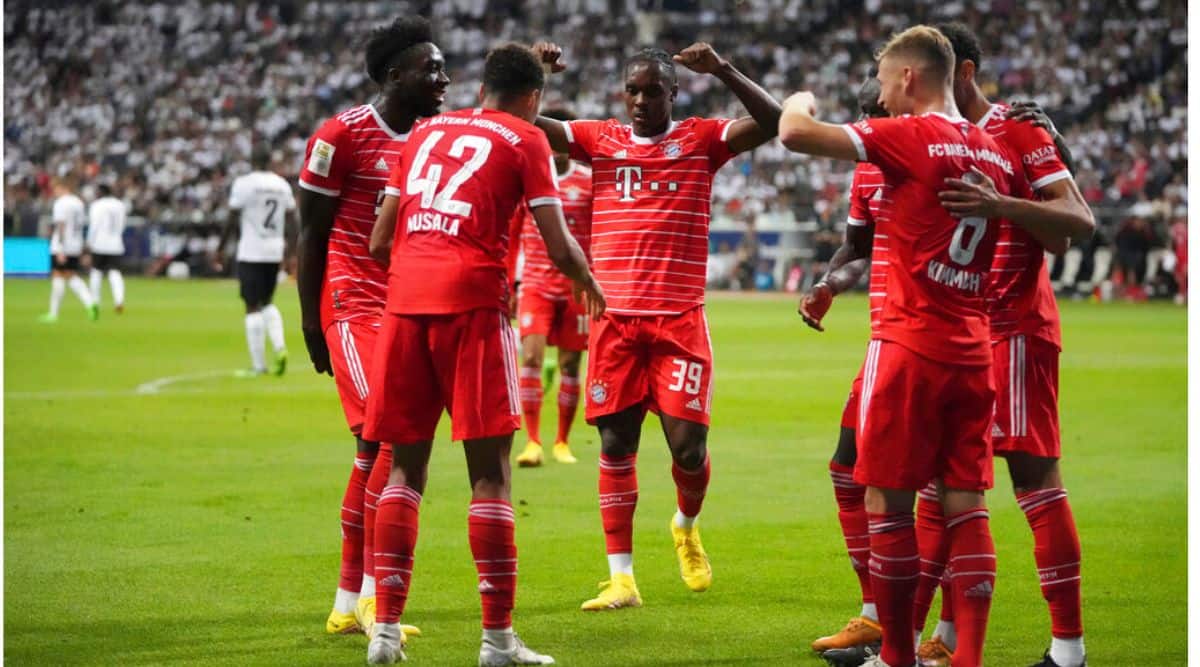 Just like that, it was over. For two months or so, there had been just the slightest flicker of hope for the clubs of the Bundesliga. They had not felt it in some time. They did not want to admit to feeling it now, not publicly: It was fragile, guilty, most likely forlorn, but it was hope nonetheless.

Robert Lewandowski was gone. Serge Gnabry, for a time, seemed as if he might follow. Thomas Müller and Manuel Neuer were another year older. For the first time in a decade, Bayern Munich seemed not weak — Bayern Munich is never weak — but just a little diminished, just a little more human.

At Borussia Dortmund, at Bayer Leverkusen, at RB Leipzig, the thought would have formed, unbidden and silent. What if Dortmund’s reinforcements worked out? What if Florian Wirtz flourished? What if Christopher Nkunku was only just getting started? What if this were one of those years, the in-between ones, the liminal ones, when Bayern fades and another rises?

And then cold reality intruded. Bayern’s first game of the season was at Eintracht Frankfurt: an intimidating stadium, packed to the rafters, cheering on a team that had won the Europa League only a few months earlier. It was no gentle start. Not for the first five minutes, anyway.

Then Joshua Kimmich scored. Five minutes later, so did Benjamin Pavard. Then, on his debut, Sadio Mané, and Jamal Musiala, and Gnabry himself, and now the Bundesliga season was precisely 43 minutes old, and all of the hope had been extinguished and all of the what ifs had been answered. Just like that, for another year, it was over.

Hope is, of course, a little hardier than that. Nobody, not even Bayern Munich, wins a championship in August. Its defeat of Eintracht was only one game. Perhaps, in the months to come, Julian Nagelsmann’s tactics will go awry. Perhaps Bayern’s squad will break out in full-scale mutiny. Perhaps it will be afflicted by an injury epidemic. Perhaps, as outlined in this space last week, the World Cup will cleave the season into two halves, both of them beset by randomness.

Still, the impression left by that opening day rout was indelible. The departure of Lewandowski, and the lingering sense of generational shift that it has engendered at Bayern, has done nothing to change the power dynamic in the Bundesliga. The destiny of its championship feels preordained, if not from the moment the season started, then certainly from the 43rd minute.

That, of course, has come to be seen as German soccer’s fatal flaw. Bayern has the most fans, the most commercial clout and the most Champions League prize money, and so it has a supremacy that now circles the absolute. It has won every title for the last 10 years. Sometimes, the gap to the nearest contender stands at 25 points. There is no drama. There is no doubt. It does not feel quite right, at the top of the table, to describe the Bundesliga as a competition.

Germany is, at least, not alone. In France, Paris St.-Germain started its season by scoring three in 38 minutes against Clermont and ended up running out 5-0 winners. PSG has won eight of the last 10 available titles in France. Its budget, swollen by Qatari beneficence, bears no relation to any of its rivals. The air in Ligue 1, too, is thick with inevitability.

In theory, of course, this not only reflects badly on both of these leagues, but also limits both their appeal and their ambition. Sports, we are led to believe, require two things to retain old fans and attract new ones, to fill stadiums, to command the attention of drifting and distracted television audiences.

They are related (and often confused) but distinct. One is what is generally called competitive balance: the idea that a number of entrants to a tournament might, in the end, win it. The other is known, academically, as the uncertainty-of-outcome hypothesis: the belief that an individual game within any given competition is only attractive if fans feel — or at least can trick themselves into feeling — as if both sides stand a chance.

The best measure of how important these concepts are held to be by leagues themselves comes in the form of the Premier League’s deeply hubristic, though undeniably successful, marketing strategy.

In England, the top flight’s sense of self is inextricably bound to the idea that not only can any team beat any other team at any given moment, but also that it alone boasts a multiplicity of challengers for the ultimate crown.

Germany and France, after all, have only one. Spain has a paltry three: Real Madrid, Atlético Madrid, and whichever bits of Barcelona have not been sold off to sign Marcos Alonso. Italy’s contenders might stretch to four these days, but that is only the case because Juventus very kindly decided to spend three years self-imploding.

England, though, has no fewer than six, a full half dozen teams that go into the season with a shot of winning the championship that is at least more than theoretical. The reality, of course, is substantially more complex: not just because some of the six are more equal than others, but also because having a comparatively broad swatch of contenders means a less predictable season but more predictable games.

But the truth, in this case, matters less than the belief. The Premier League’s success is down, it is broadly accepted, to the fact that it is less processional than all of its rival competitions. It follows, then, that the prospect of yet another season in which Bayern Munich and PSG amble to their domestic crowns is a black mark against the leagues that home them.

This, to most fans, feels right. It feels just. It is obviously a drawback to know, almost from the start, which team is going to emerge triumphant. Like going to a movie in full knowledge that one lover lets the other drown despite there being plenty of space on the raft, or actually the guy is a ghost, there is not much point staying until the end. There should be competitive balance. There should be uncertainty of outcome. That, after all, is why we watch.

Except that, as it happens, it isn’t. A paper published in 2020 by researchers at the University of Liverpool — and drawing on a welter of academic investigation into the motivations of sports fans — found that there was no correlation between how uncertain the outcome of any game was and how many people watched it. The link, they wrote, was “decisively nonsignificant.”

That is not, it turns out, why most people watch sports, whether we want to admit it to ourselves or not. According to the researchers, there was a connection between viewership and the quality of player on show. Even more significant, though, was the name of the teams involved. The power of brand, they wrote, tended to “dominate any contribution to audience size.”

And yet, there is one other finding in that 2020 report that is worth noting. “A match with the highest championship significance observed in our data set would be expected to attract an aggregate audience size 96% higher than one with no implications at all for the prizes to be awarded at the end of the season,” even if the teams involved were the same, the researchers wrote.

In other words, what fans really want — more than competitive balance, more than uncertainty of outcome, more than famous faces and powerful names — is jeopardy. They want, we want, as much jeopardy as we can get: games when it feels as if everything is on the line. That is what sells leagues. That is what attracts fans.

Ultimately, neither Germany nor France can offer that. It is what is growing rarer by the season in the rest of Europe’s major leagues and quite a few of its minor ones, too, given the distorting effects of Champions League revenue throughout the continent.

But that is what we want, more than anything. Seeing Bayern and PSG ride roughshod over all and sundry offers a short-term hit, the fleeting satisfaction of awe but at the cost of the greater prize. There will, most likely, be no decider in the Bundesliga this season. There will be no ultimate showdown. How can there be, when everything felt settled 43 minutes in?

Milkha Singh to be cremated with full state honours in Chandigarh