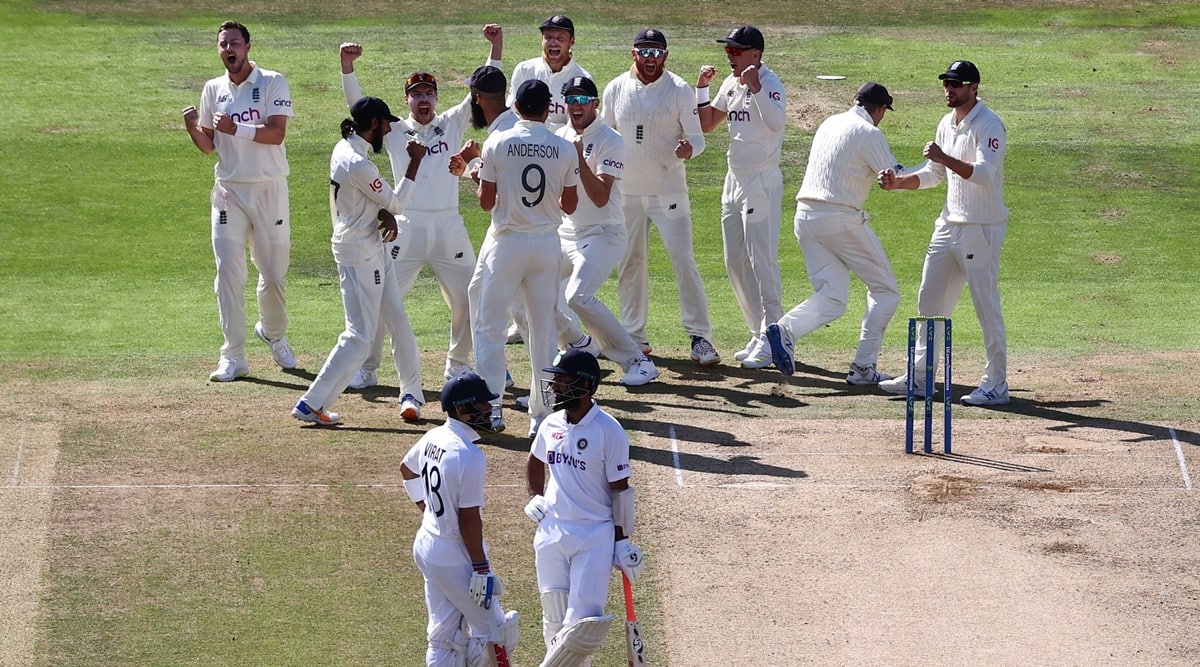 England players celebrate the fall of a wicket Test against India. (Twitter/ICC)

Birmingham Police have arrested a man for “racially aggravated public order offence”, following allegations of racist abuse aimed at Indian fans during the rescheduled fifth Test between India and England at Edgbaston.

#ARREST | A 32-year-old man has been arrested for a racially aggravated public order offence after reports of racist, abusive behaviour at the test match in #Birmingham on Monday. He remains in custody for questioning. pic.twitter.com/ROp6PVUsUz

Several Indian fans had taken to Twitter to report the racist behaviour they endured during the fourth day’s play on Monday night. They had claimed that some British fans hurled racial taunts at them. England won the Test by seven wickets on Tuesday.

“We’ve launched a criminal investigation into reports of racist, abusive behaviour at the Test match in Birmingham,” a West Midlands Police spokesperson told ‘Sky Sports News.’ “We’re liaising with Edgbaston officials to understand what’s happened and would encourage anyone who heard any racist language or gestures, or has video footage that could help, to get in touch.
Top Sports News Now

“We’re aware of images circulating on social media showing an alleged offender. We’re making enquiries to identify the person and would urge him to come forward and speak to us.” In a slew of measures, Warwickshire County Cricket Club has decided to deploy “undercover football crowd-style spotters” in the stadium at Edgbaston, which will also host the second T20I between India and England on Saturday, to listen and report abusive behaviour.

U2 – Song For Someone lyrics

Pakistan players can participate in three ICC approved leagues in a year: PCB