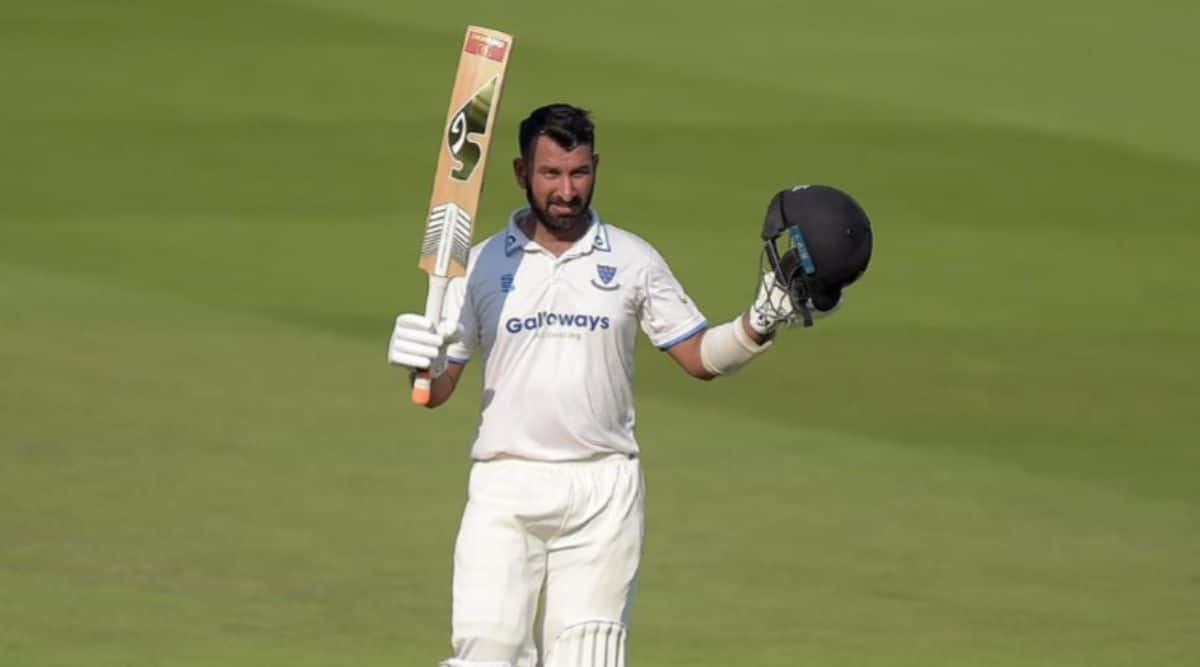 This was Pujara's fifth century in this county season. (Twitter/Sussex)

Cheteshwar Pujara scored a century in his first game as Sussex captain against Middlesex on Tuesday. This was his fifth century in this county season. His good form continues from the Edgbaston Test between India and England where in the 2nd innings he had scored a half century.

Tom Alsop, who scored 135, ably supported the Indian who was batting 115 not out at the close of the day’s play. The Sussex pair accrued a third-wicket partnership of 219 before Tom Helm, who finished with three for 63, struck late on by dismissing Alsop and nightwatchman Archie Lenham in the space of four balls.

Earlier, Middlesex skipper Tim Murtagh gambled on a greenish surface providing early assistance to the seamers but that never materialised as his side toiled away in sweltering conditions with little success.

A fantastic partnership from Alsop and Pujara today. 👏 pic.twitter.com/ByvqcmF0Zt

Pujara came to bat at No.4 and following a measured start, Sussex’s stand-in captain switched to attacking mode, advancing down the wicket to punch Luke Hollman to the midwicket boundary.

Pujara doing what he does best, scoring runs. 💯@cheteshwar1 👏 pic.twitter.com/NiKOkV6dct

Having reached his half-century, Pujara brought up the 100 partnership by slamming Malan into the grandstand for the first six of the game as Sussex continued piling up runs without offering their tiring hosts a sniff of a chance.

PremiumCovid-19 update: Why precaution dose coverage is low in DelhiSubscribe Now to get 66% OFF

Alsop was the first to three figures – his third ton of the campaign and second in as many games – before his partner followed suit, pushing Murtagh for a single immediately after the new ball had been taken.

OpinionWhy there is no reason to panic over the rupee

ExplainedWho is still standing in the race to be the next UK PM?

​BROCKHAMPTON – chain on / hold me Lyrics