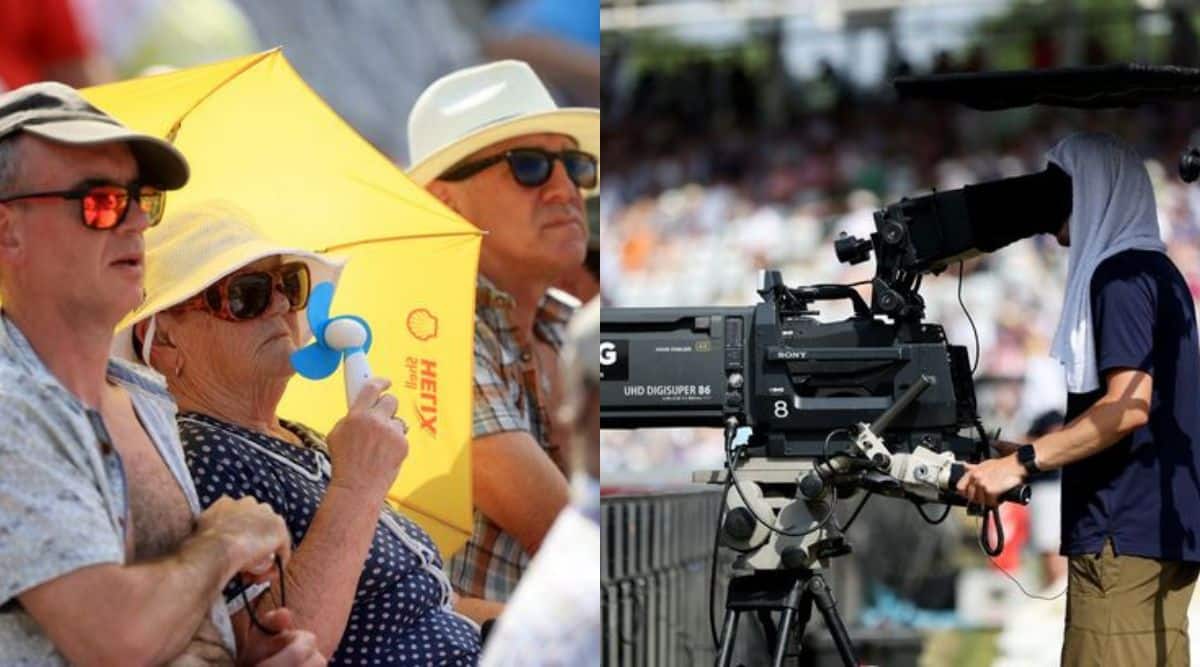 Spectators, players and ground staff had a tough time amid heatwave on Tuesday. (Reuters)

The UK heatwave affected the England vs South Africa first ODI at Chester-le-Street as well on a day of record heat across Britain, where the temperature hit 40.3 degrees Celsius (104.5 degrees Fahrenheit). England debutant Matthew Potts bowled four overs before feeling ill and leaving the field.

“He went off to cool down, but I don’t think he ever quite felt well enough to come back on,” captain Jos Buttler said.

Potts was seen sitting in the changing room and rehydrated with a fan on his face.

Britain shattered its record for the highest temperature ever registered Tuesday amid a heat wave that has seared swaths of Europe, as the U.K.’s national weather forecaster said such highs are now a fact of life in a country ill-prepared for such extremes.

A matrix sign over the A19 road towards Teesside displays an extreme weather advisory as the UK braces for the upcoming heatwave, in England.(Owen Humphreys/PA via AP)

It got tough for other players as well to take the field as they resorted to iced towels around the neck. The medics team was also seen patrolling the boundary providing further drinks and ice packs to cool the players down.

According to English media reports, spectators were also not so lucky on the ground as hundreds have had to take relief and respite behind the stands. Several fans were spotted slumped against buildings behind the stands in their attempt to find shade.

The second ODI is Friday at Old Trafford.

Vintage Trouble – If You Loved Me Lyrics