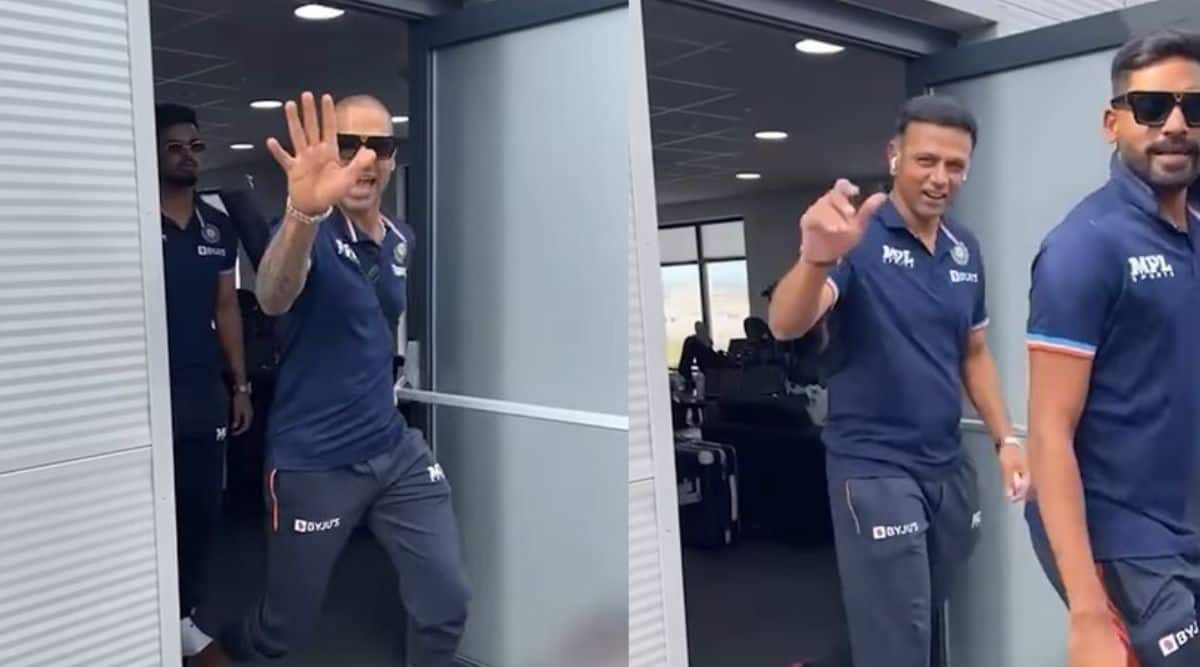 Keeping up with the 'hey' trend on social media, the Team India players joined by their coach can be seen doing the same in a recent viral video. (Screengrab: Shikhar Dhawan/Instagram)

The Team India members joined the ‘hey’ trend on social media with a video of them greeting the camera that has gone viral. Shikhar Dhawan took to Instagram to share the video of himself leading the many members including head coach Rahul Dravid joining his players in the fun video.

Shreyas Iyer, Ishan Kishan, Yuzvendra Chahal, Ravindra Jadeja, Shubman Gill and Mohammed Siraj also feature in the short clip that was filmed ahead of the team’s departure from England to the Caribbean.

More than anyone the cricket social media was delighted to see Rahul Dravid, who has been a reserved social media personality, be a part of the video.

The mood in the camp is clearly on a high after the 2-1 T20I and ODI series wins in England. India beat the hosts in the final ODI on Sunday to round off their tour of England and will now be featuring in a three ODI and five T20I series in the West Indies.

While Shikhar Dhawan has been named as the captain for the ODI series, Rohit Sharma will join the squad for the T20Is that will act as another bit of preparation ahead of the T20 World Cup in October. Former India captain Virat Kohli has been rested for the tour but is expected to be part of the squad for the pinnacle tournament in Australia.

The tour kicks off with the first ODI in Trinidad on Friday, July 22.