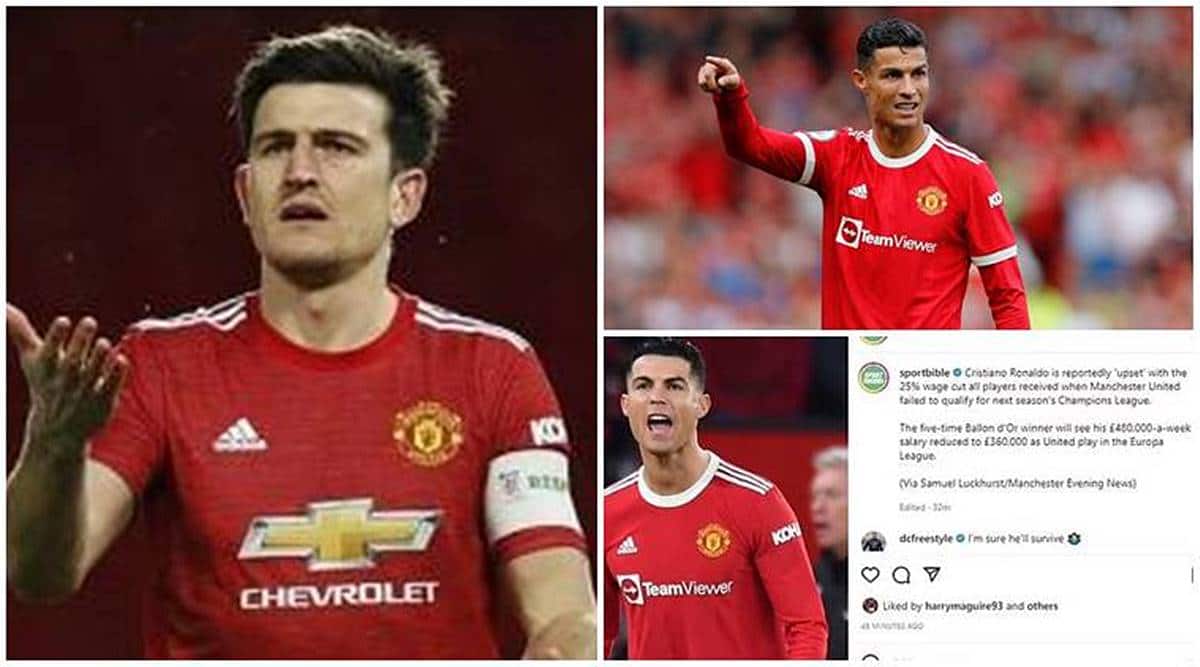 Harry Maguire, captain of Manchester United football club, was left red-faced after liking an Instagram post that stated that talismanic striker Cristiano Ronaldo was unhappy at Old Trafford due to the recent salary cut. The Insta story by SportBible read that Ronaldo was unhappy at Old Trafford because he is having to take a 25% pay cut due to the club’s failure to qualify for the Champions League.

Maguire, after liking the post, has reportedly admitted to BBC sport that it was unintentional and clicked the button in error.

However, Maguire’s action has left fans of the club furious and many of them did not shy away from expressing their anger on social media. 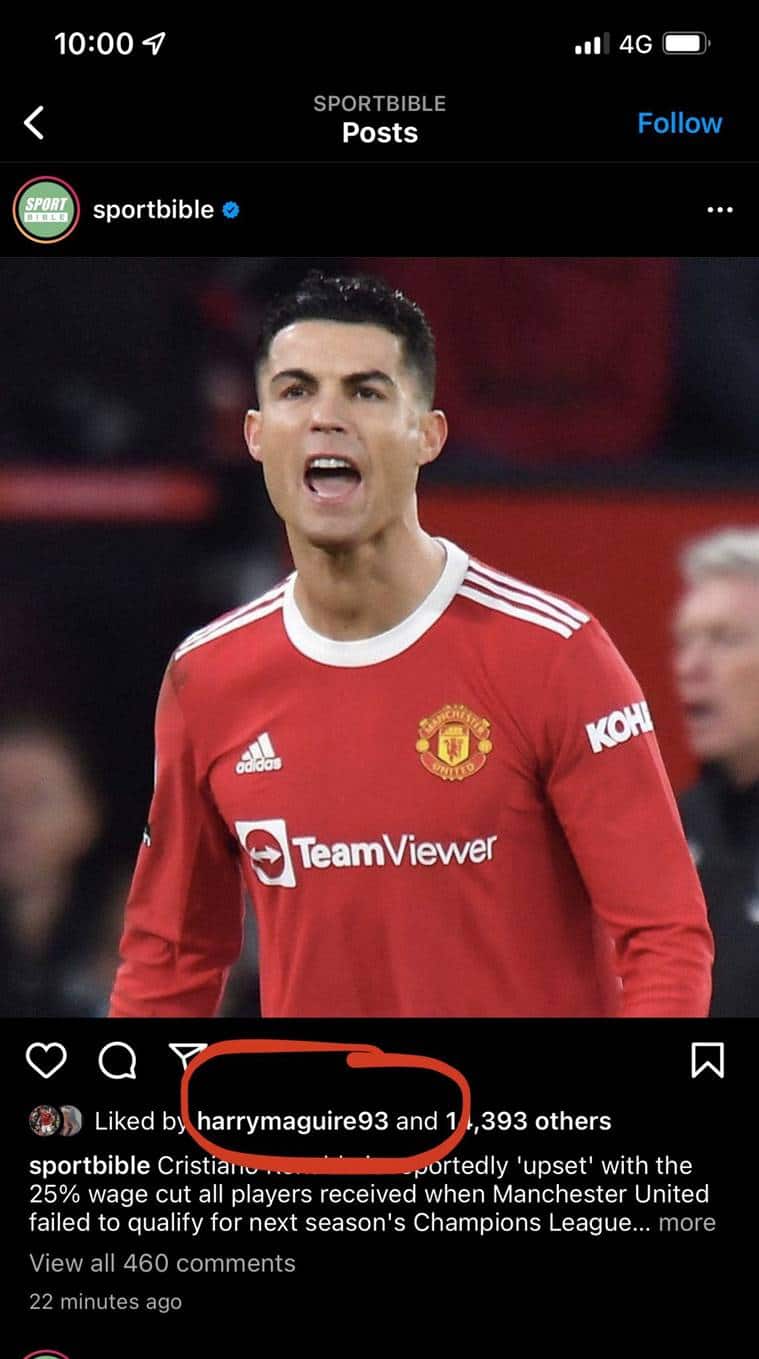 “Harry Maguire liking posts like these is what you call unprofessional behaviour. He is in no way fit to be Manchester United’s captain,” said another.

Ronaldo returned to United last summer and scored 24 goals in all competitions, with 18 of those being in the Premier League.

Do you think it was intentional?

Meanwhile, former United captain Gary Neville has advised the club to handle Ronaldo’s situation with care and avoid it from becoming a full-blown saga.

“I think Cristiano is staying, but I think the problem started at the start of the season. Cavani pleaded to stay and lead the attack for another year, but when the club signed Ronaldo it completely put his nose out of joint. Cavani was completely shot then. He was finished.

“It also upset the dynamic in the dressing room with Bruno Fernandes, because he looks up to Ronaldo as a God-like character because of Portugal. I think that made him feel a bit inferior to what he was before. It also made [Harry] Maguire naturally feel inferior as captain. Not from Ronaldo himself, but his presence on the pitch. Everyone looks to Cristiano.”