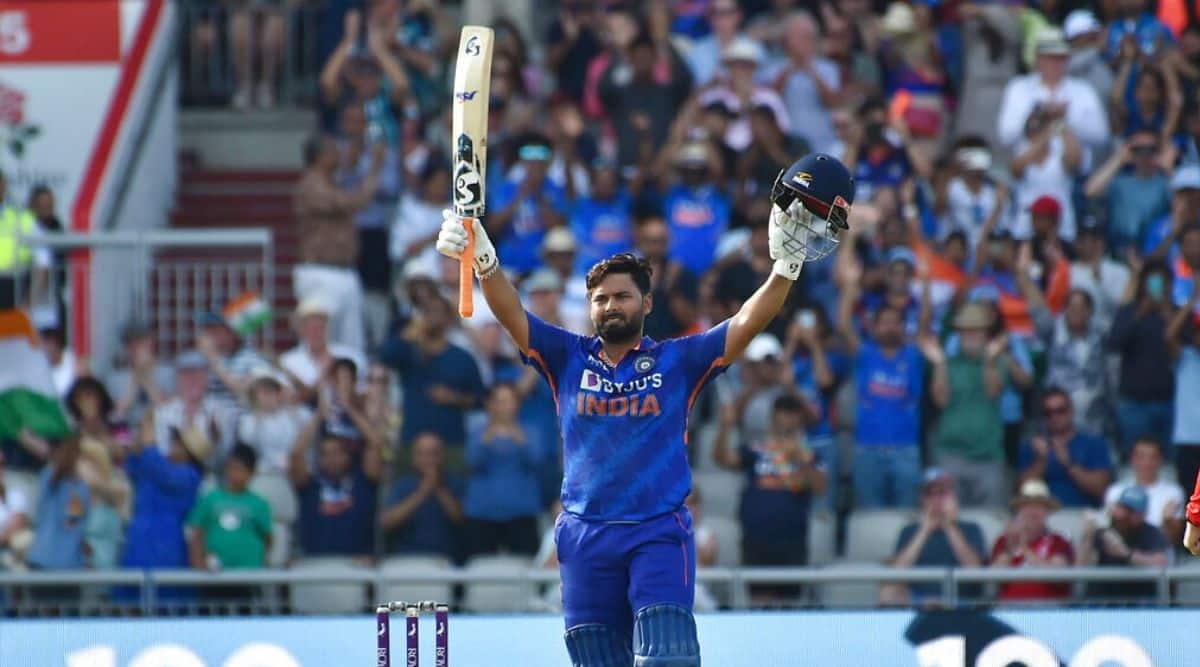 Rishabh Pant scored his maiden ODI century in India’s series-deciding match against England on Sunday. The left-hander smashed five back to back boundaries in the 42nd over of the match, bowled by David Willey and finished the match off with another four in the next over. India ended up winning the match by 5 wickets and sealed the series 2-1

In the company of Hardik, Pant smashed 16 fours and two sixes in his sublime knock at Old Trafford.

Earlier, Hardik grabbed a career-best 4/24 as a disciplined India bowled out England for 259 with more than four overs left in the innings.

England skipper Jos Buttler top-scored with an 80-ball 60 but it was Pandya, who dominated the first half of the match with his excellent bowling.

Lanky seamer Reece Topley (3/35) again proved to be the wrecker-in-chief by removing the trio of Shikhar Dhawan, Rohit Sharma and Virat Kohli in quick succession.

Dhawan’s subdued run in the series continued as he fell for one while Rohit (17) reached out to a delivery that was angling away only to nick it to Joe Root at first slip.

Kohli edged one to Buttler after Topley bowled a ball that angled across.

As has often been the case with him in recent times, Kohli looked good until he was in the middle, but one small mistake and the maestro was walking back shaking his head.

Chevy Woods – On Me

The Flaming Lips – There Should Be Unicorns

Daya – Love Of My Life lyrics

Australian Open Day 2: Nadal, Thiem advance to the second round

I-League to resume on March 3