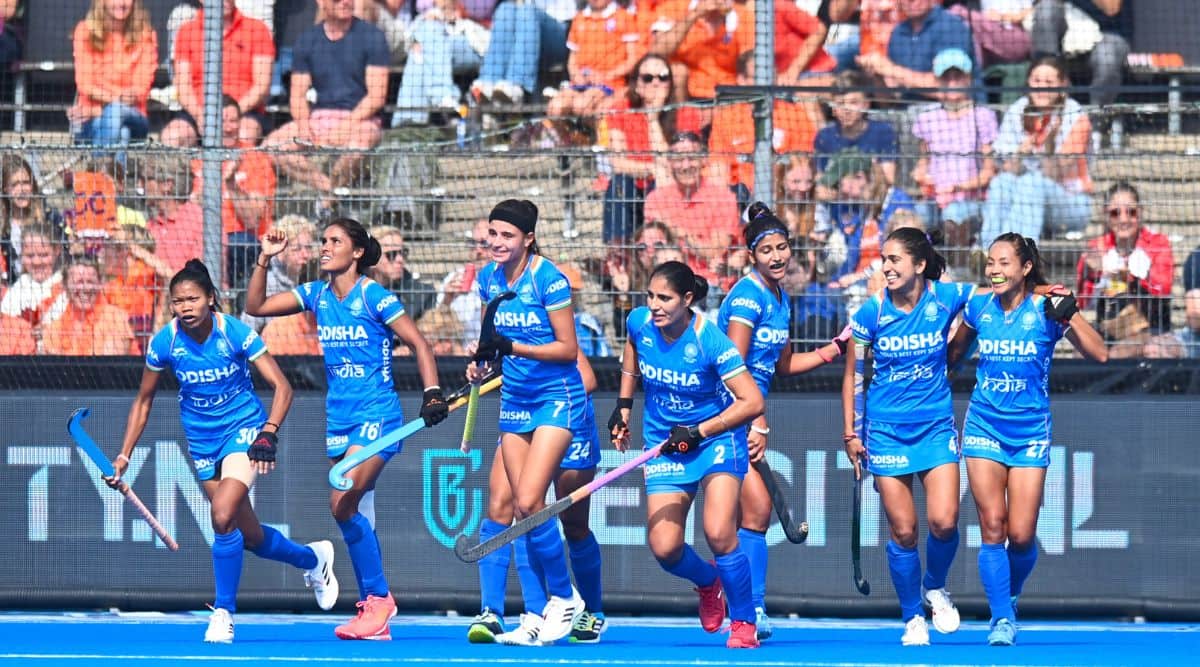 India were held to a 1-1 draw by China, their second consecutive identical result in Pool B, at the FIH Women’s Hockey World Cup here on Tuesday.

Jiali Zheng gave China the lead in the 26th minute before Vandana Katariya equalised for India in the 45th minute.
India drew 1-1 against Tokyo Olympics bronze medallist England in their tournament opener.

The Indians had the better share of possession in the first two quarters and had more chances but their efforts didn’t result into goals.
The Chinese, on the other hand, waited for counter-attacks to breach the Indian defence.

In the ninth minute, Navneet Kaur had the first shot at goal after combining well with Vandana Katariya but her effort was saved by Chinese goalkeeper Liu Ping.

In the 23rd minute, India came close to scoring but the goalpost came to China’s rescue. From the resultant rebound, Jyotika seemed to have found the net but the goal was disallowed after a referral.

India secured their first penalty corner soon after that but failed to capitalise on it. China took the lead against the run of play through Jiali Zheng who shot past Savita Punia after receiving a pass from Xindan Zhang.

Two minutes later, India earned another penalty corner but Monika’s try was saved by Ping as China went into the half-time break with a slender one goal lead.

China came out on an aggressive note after the change of ends and secured their first penalty corner in the 33rd minute but Bingfeng Gu’s flick went wide.

In the 42nd minute, India secured back-to-back penalty corners but wasted both.

Seconds from the end of the third quarter, Vandana deflected in Gurjit’s flick as India drew level from a perfectly executed penalty corner.
The fourth quarter was dominated by India as they went on the offensive in search of the winner but failed to find the back of the net.

China made a late surge and secured another penalty corner in the 54th minute but India defended well as both the teams registered their second consecutive draw in the tournament.

India will play New Zealand in their final pool match on Thursday.