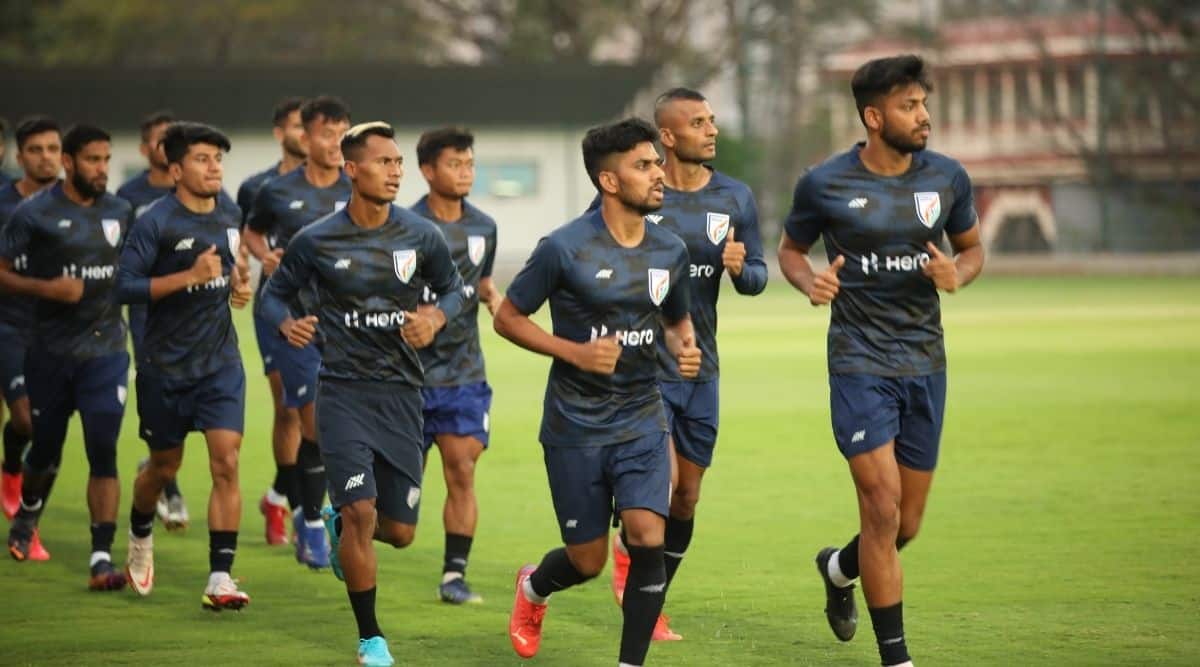 India will face Zambia in Doha on May 25. (File)

The Indian men’s football team will play an international friendly against higher-ranked Zambia in Doha on May 25, the sport’s apex body said on Friday.

The match is part of India’s preparation for the forthcoming AFC Asian Cup Qualifiers Final Round scheduled to be held in Kolkata from June 8.

The Indian senior team is ranked 106th in the FIFA chart, 19 places below the 87th ranked African nation.

“All India Football Federation confirms a friendly match for the Blue Tigers against Zambia in Doha on May 25,” the AIFF said in a release.

The match comes close on the heels of the international friendlies in March when India had played against Bahrain and Belarus in Bahrain.

The Blue Tigers have been camping since April 23 — first in Bellary, and then in Kolkata where the national squad will also be playing two more friendly matches — one against a combined All-Star XI from the I-League and the other with the Bengal Santosh Trophy contingent.

The Blue Tigers have already played ATK Mohun Bagan in another friendly match on May 11, which they lost 1-2.

The Asian Cup Qualifiers Final Round will be held across three match days on June 8, 11 and 14, with the group winners and the best five second-placed teams earning a ticket to the main tournament in China which is slated to kick off on June 16 next year.

Musicals – Jesus Christ Superstar: I Don’t Know How To Love Him lyrics

‘He has the ability of Virender Sehwag’: Wasim Jaffer lauds ‘special’ Prithvi Shaw