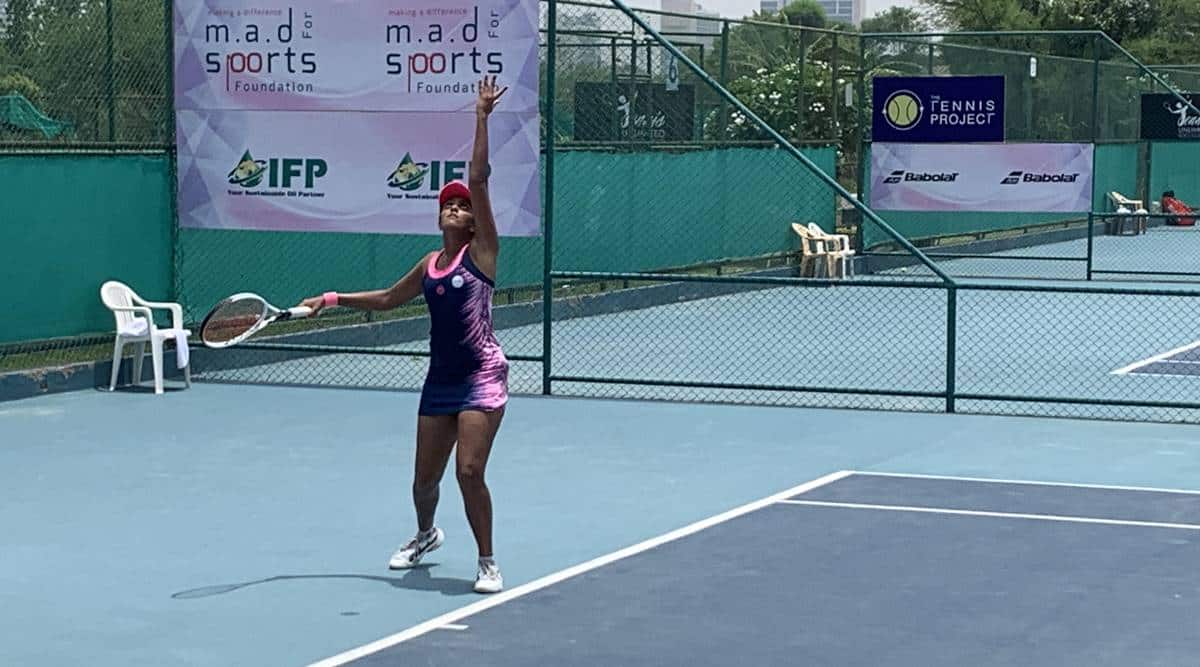 Zeel Desai was ultimately unable to break down her opponent's game. (Special arrangement)

India No. 1 Ankita Raina lost to compatriot Vaidehi Choudhary in straight sets, and Zeel Desai bowed out of a tough three-set encounter against Thailand’s Punnin Kovapitukted in the first round of the ITF women’s $25,000 tournament held in Gurugram on Wednesday.

Desai opened the day’s play at The Tennis Project’s main show court against Kovapitukted – who won the ITF $15,000 tournament that took place at the same venue in February – in a nearly four-hour-long encounter. The Indian came out of the blocks in solid fashion making her early lead last till the ninth game, and even though Kovapitukted gained more control of proceedings towards the end of the set, she broke serve in the final game to take the lead.

The momentum swung in Thailand international’s favour as she employed a more defensive, counterpunching strategy to take a 4-0 lead and eventually close out the second set 6-3. Desai was able to reset and go into a 4-1 lead in the third set herself, after which Kovapitukted called the trainer for an injury issue, causing a long break and yet another momentum shift took the match away from the 23-year-old.

After the break, the Thailand international leaned more heavily on her defensive skills, cutting the pace of the rallies by going on the backfoot and making Desai hit through her every single point, sometimes twice or thrice on the same point.

The Indian was ultimately unable to break down her opponent’s game, who began employing defensive lobs to take time away from her, forcing the set into a tiebreak and eventually losing the match 6-4, 3-6, (2) 6-7. Zeel Desai bowed out of a tough three-set encounter against Thailand’s Punnin Kovapitukted.

Elsewhere, Raina, playing her first singles match in Indian conditions in over two years, was ousted by Chaudhari (7) 6-7, 3-6. After a nervy, hard-fought first set went the distance, the Asian Games bronze medallist could not take advantage of two set-point opportunities in the tiebreaker before losing three points in a row and dropping the opener. Chaudhari – who was the runner-up at The Tennis Project back in February – took control of proceedings from there and rounded out the match.

Kovapitukted was not the only player on Wednesday to face physical issues. With temperatures in Gurugram rising to over 35 degrees, three different players were forced to retire under the sun, including second seed Peangtarn Plipuech, making way for India’s Vineetha Mummadi in the second round.

Hopefully, when we go to Dubai, we can win IPL again for MS Dhoni: Suresh Raina

‘It is against ethos of country’: Sportspersons condemn JNU violence