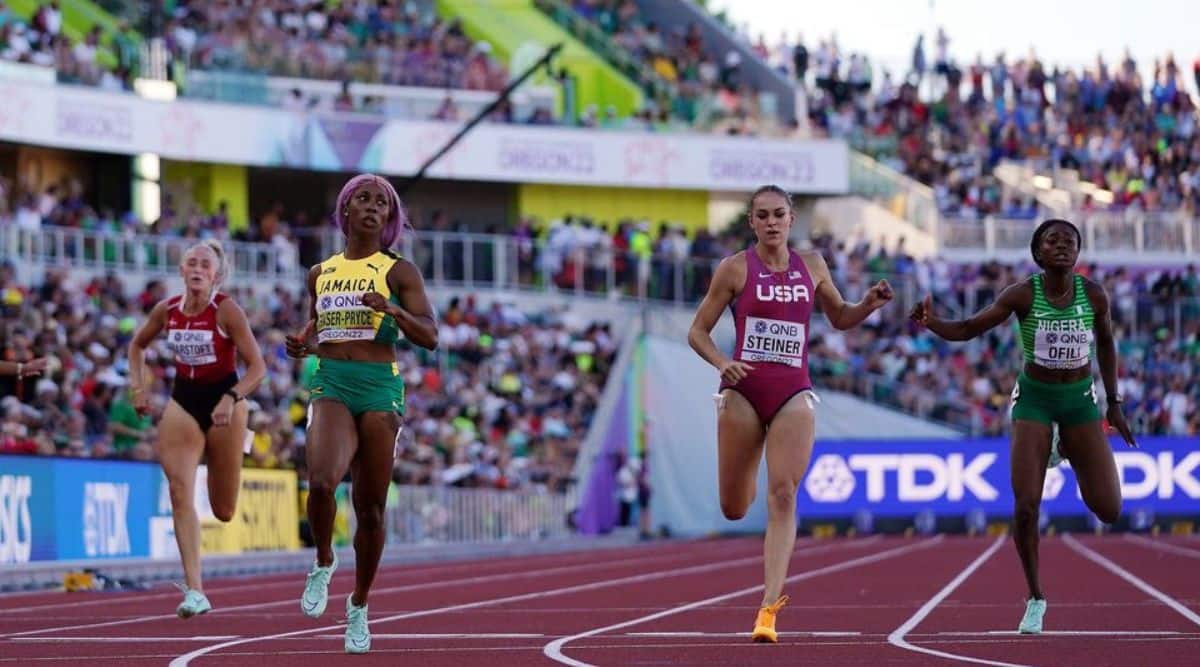 Shelly-Anne Fraser-Pryce, Shericka Jackson and Elaine Thompson-Herah, fresh from their Jamaican clean sweep in the 100 metres, all qualified for the world 200m final on Tuesday but it was not all plain sailing in a stunningly-fast trio of semi-finals.

Jackson, who messed up horribly in the heats at the Tokyo Olympics when she almost stopped at the line and got overtaken and eliminated made no mistake this time. She roared clear round the bend earning a big enough lead to safely ease down as much as 40 metres out yet still post 21.67 – the fastest of the night and a time only she has bettered this season.

Despite the experience gained from twice being a double sprint gold medallist, Thompson-Herah looked like she took her foot off the gas in the final few metres, almost fatally.

American Tamara Clark and Britain’s defending champion Dina Asher-Smith both dipped ahead of her – with two hundredths of a second between all three – but Thomson-Herah’s 21.97 was enough to send her into the final as one of two fastest losers.

Fraser-Pryce, who claimed her fifth world 100m gold on Sunday, had an incredible start to stamp her authority on the third heat, easing down to finish in 21.82 ahead of American Abby Steiner – second fastest in the world this year but having to work hard to stay in the Jamaican’s slipstream.

Such was the standard of the semis that four women, led by American Jenna Prandini with 22.08, failed to make it to Thursday’s showdown despite running times that would have qualified for every previous final.