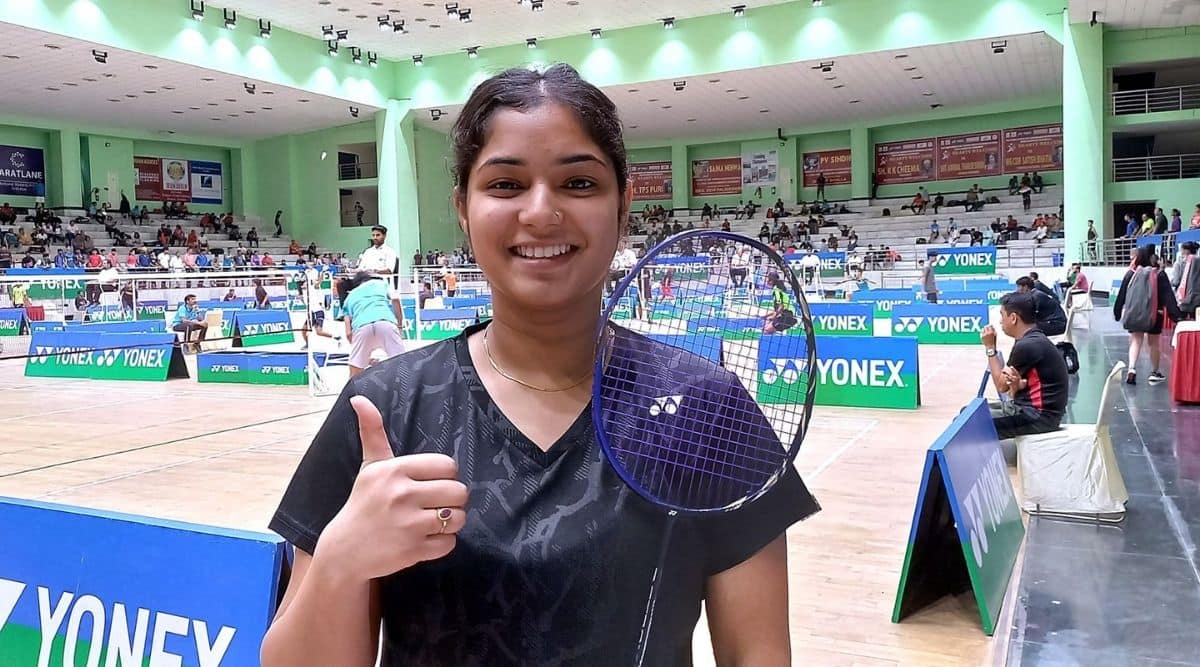 Last year, when then 17-year-old Aishwarya Mehta contracted Covid-19 during a visit to her home in Pithoragarh in Uttarakhand, the youngster would update her father Subedar Major Gopal Singh about her health. While Singh was away on duty with the 15 Kumaon Regiment, Mehta would recover in two weeks and train at the two-court badminton hall for more than five months before making a return to the Shining Star Badminton Academy in Bahadurgarh, Haryana.

On Saturday, as the 18-year-old lost to Zainab Saeed of Delhi 18-20, 13-15 in the fifth qualification round in the girls’ singles U-19 category in the 29th Yonex Sunrise Smt Krishna Khaitan Memorial All India Junior Ranking Selection Tournament at Tau Devi Lal Sports Complex, she would immediately head to train with her mixed doubles partner Shashank Chettri for the mixed doubles main draw matches on Sunday.

“I was visiting my home when I contracted Covid-19. While I made a recovery in two months, the next few months would see academies in Haryana and Delhi shutting down for some months due to Covid-19 restrictions. While there are more than 25 players training at the badminton hall at Pithoragarh, only two boys were older than me with the rest of all being junior to me. I would play with them and practice for light training sessions with them before returning to Bahadurgarh. Even though I have lost here in qualification despite being the top seed, I will take positives from this and hope to win the mixed doubles title,” says Mehta.

While Mehta started playing badminton at Pithoragarh seven years ago and started training in the city, the youngster would be forced to shift base to Madhya Pradesh with her father being transferred to Madhya Pradesh. Mehta would start training under coach Sudhir Verma for two years and would reach the third round in the Sub-Junior u-17 National Championships at Bengaluru in 2018 apart from reaching the final of the Madhya Pradesh Junior Championships the same year.

In the last three years, the youngster has reached the third round in the 2019 Junior Nationals apart from reaching quarterfinals in mixed doubles U-17 and U-19 category with her respective partners in more than five ranking series tournaments. Last month, Mehta reached the pre-quarters in the All-India U-19 Junior Ranking Series at Bengaluru apart from partnering with Chettri to reach the mixed doubles quarters. “Initially when she came to train with us, she was a bit overweight and we had to work on her fitness apart from the court movement. While she showed improvement and reached quarters in All India ranking, Covid-19 meant that she had to shift base to her home for more than six months and we had to focus on her fitness. Her strength has been her quick reaction time and she would be eager to avenge this loss later this month,” said Randeep Kumar, assistant coach at Shining Star Academy.

PCB not in favour of Asia Cup this year

WTC Final: Virat Kohli not getting much help from teammate Kyle Jamieson

Ruth B – If This is Love Lyrics

IND vs ENG: Batsmen carry baggage from Leeds to Oval