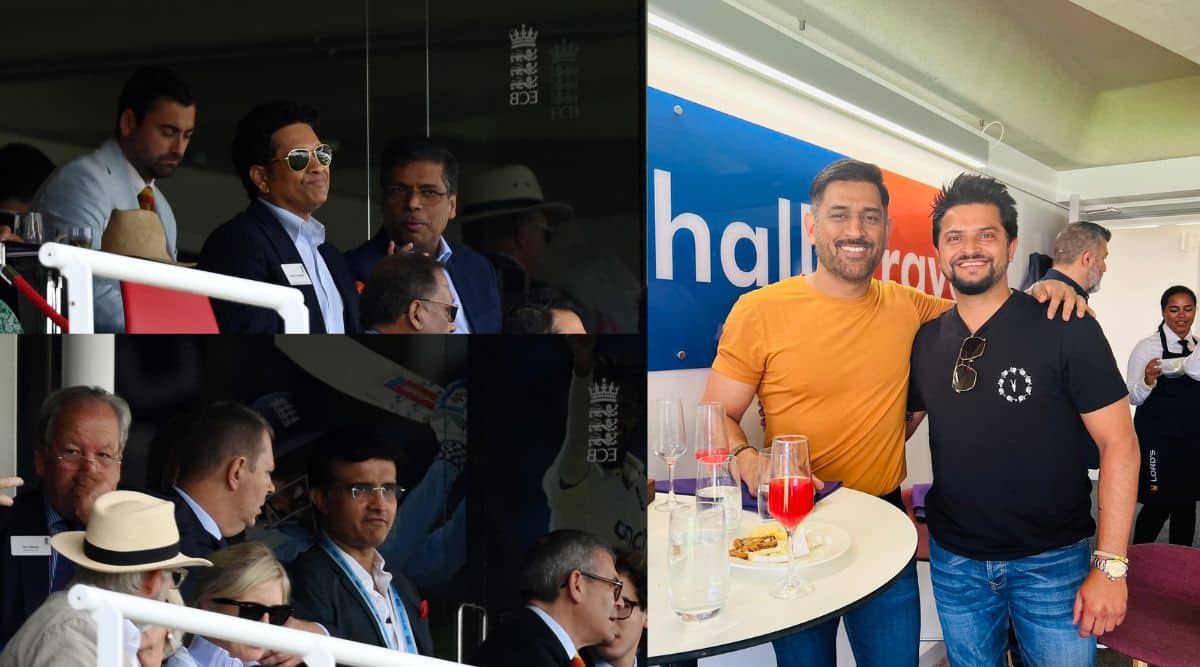 The second England-India ODI at Lord's had stars of Indian cricket watching from the stands. (Photo: @HomeOfCricket/Twitter)

Lord’s Cricket Ground has something special about it on cricket days, especially on July 14. On the third anniversary of the 2019 World Cup final, England play India in the second ODI of the three match series at the home of cricket. And the stars aren’t just on the field, but in the stands as well.

Starting from the BCCI President and former India captain Sourav Ganguly and the highest run scorer in international cricket Sachin Tendulkar were seated together in the stands. Ganguly recently celebrated his 50th birthday with his former India teammate, family and friends in London.

Former India captain MS Dhoni, who had made an appearance in the second and the third T20I against England, was also among the attendees.

Dhoni had also recently celebrated his birthday in London, joined by players from the India squad including Rishabh Pant, Mohammed Siraj and Shubman Gill for the celebrations, and has been in touch with the Indian players over the course.

The 41-year old had also made an appearance at the Centre Court in Wimbledon on the eve of his birthday.

PremiumExplained: As Uddhav Thackeray and Eknath Shinde battle over Shiv Sena sy…Subscribe Now to get 66% OFF

Joining him were former India World Cup winners, Suresh Raina and Harbhajan Singh. The second England-India ODI takes place a day after the 20 year anniversary of India’s win over England in the Natwest Series Final in 2002, one of the most memorable wins in their cricket history. A win that saw the now BCCI president and then India captain wave his shirt from the Lord’s balcony.

Jacquees – Get Loose (Since You Playin Album)

ZAYN – Flight of the Stars Lyrics