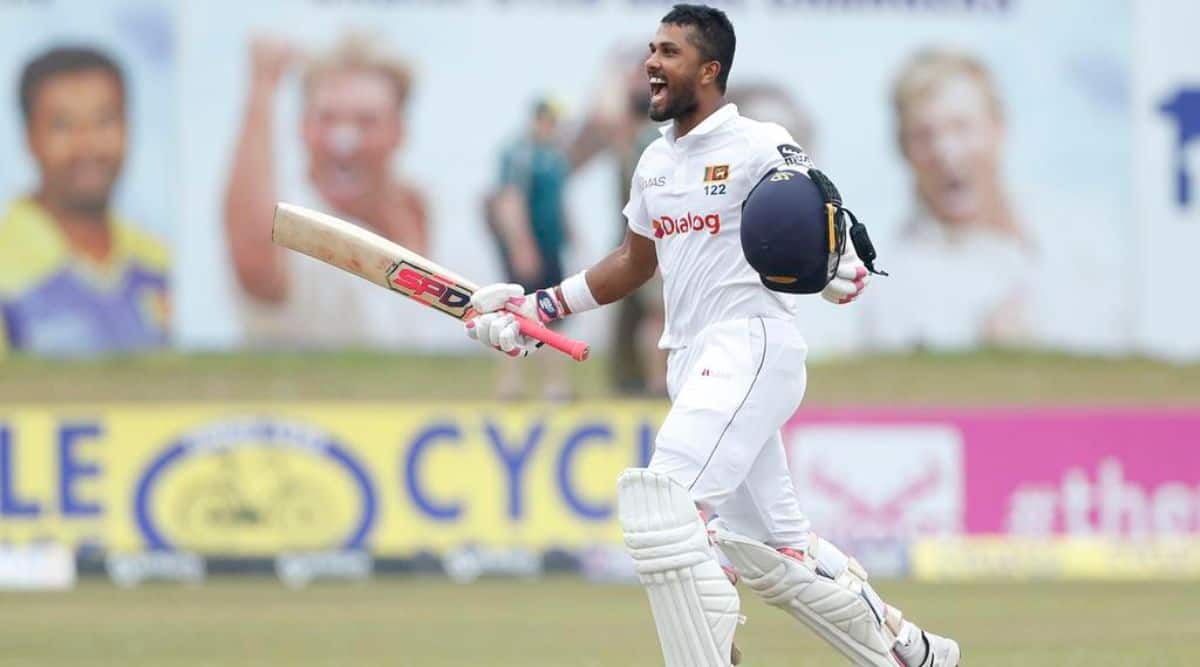 Chandimal provided the bedrock with a career-best 206 not out, smashing 16 fours and five sixes in the first double hundred by a Sri Lanka batter against Australia. (Twitter/Sri Lanka Cricket)

Dinesh Chandimal smashed a maiden double hundred and Prabath Jayasuriya claimed 12 wickets in a dream debut to script Sri Lanka’s series-levelling victory by an innings and 39 runs in the second test against Australia on Monday.

Sri Lanka, beaten inside three days in the series opener, amassed 554 all out after five of their six batsmen smashed 50-plus scores to fetch a handy lead of 190. Chandimal provided the bedrock with a career-best 206 not out, smashing 16 fours and five sixes in the first double hundred by a Sri Lanka batter against Australia. Left-arm spinner Jayasuriya, who claimed 6-118 in the first innings, returned to bundle out Australia for 151 with figures of 6-59.

The tourists had began well with opener David Warner (24) and Usman Khawaja (29) batting positively. Ramesh Mendis dismissed Warner lbw before the tea before Jayasuriya rocked the tourists with a two-wicket over after the break. Khawaja offered a bat-pad catch while Steve Smith was dismissed lbw for a duck. Travis Head made five before Ramesh spun a delivery past the bat to hit the top of the off-stump as Australia, from 49 for no loss, slumped to 74-4.

Jayasuriya sent back Marnus Labuschagne (32) and then dismissed Cameron Green (23) and Mitchell Starc in the same over to effectively seal the match in Sri Lanka’s favour. Earlier, wasted reviews returned to haunt Australia after Sri Lanka resumed on 431-6. Mitchell Swepson trapped Ramesh plumb lbw but Australia’s appeal was turned down and the tourists could not challenge the decision having used up all three reviews on Sunday.

Starc (4-89) swung back a fuller delivery to eventually remove Mendis lbw for 29. Debutants Maheesh Theekshana and Jayasuriya lost their off-stumps to Pat Cummins and Starc respectively but Chandimal was preparing a late assault at the other end. Having reached 185, Chandimal smashed Starc for a boundary and followed it with back-to-back sixes to bring up the first double hundred by a Sri Lanka batter against Australia.

The batsman dropped to his knees and held his arms aloft soaking in applause from the crowd. Sri Lanka opener Pathum Nissanka tested positive for COVID-19 and was substituted by Oshada Fernando, who had played a similar role when Angelo Mathews tested positive during the series opener.