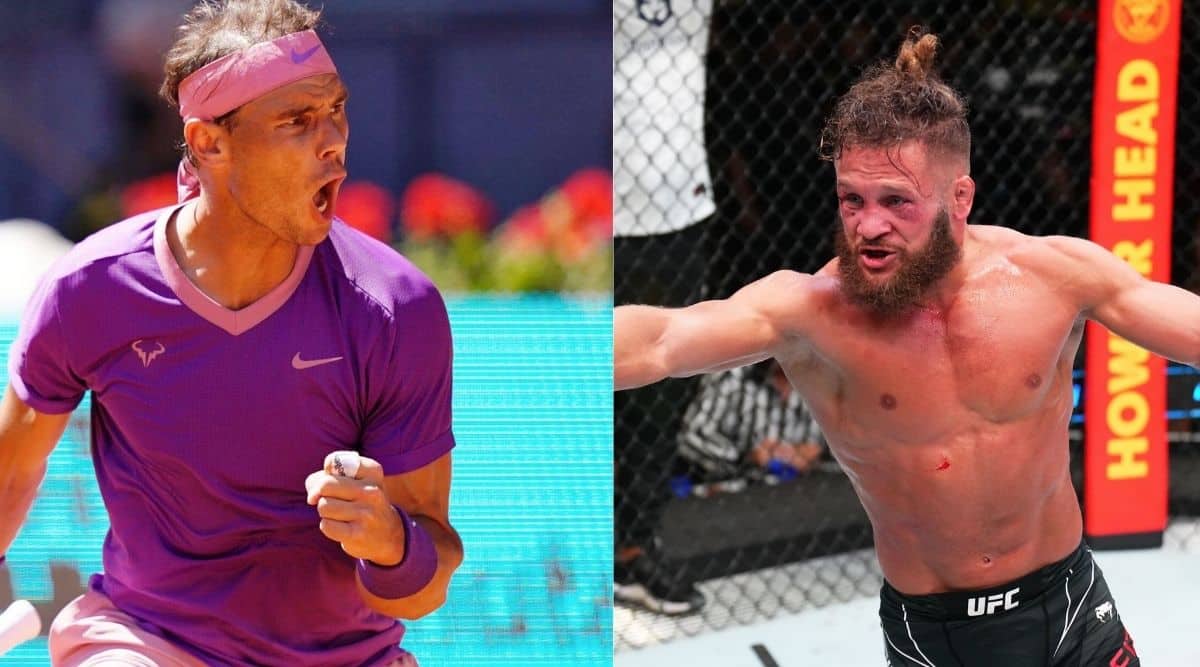 In a bizarre incident on Sunday, UFC lightweight champion Rafael Fiziev called out tennis star Rafael Nadal after beating his opponent (Rafael dos Anjos) in Las Vegas. Fiziev won his bout after perfect knockout of the Brazilian legend and became the first Azerbaijan athlete to fight in the UFC.

However, it seems that he was not gratified after winning the match as he immediately called out Nadal.

Fiziev then went on to state that he could beat Nadal at his own game, saying: “Rafael Nadal, where him? I can beat him in his sport too.”

This is not the first time that Fiziev has challenged somebody in a fight. Earlier, he had called out social media personality Hasbulla Magomedov and comedian Vince Vaughn.

After defeating the former lightweight champion, Fiziev got a hefty amount of US$50,000 as a performance bonus. This performance will keep Fiziev in title contention in the near future. This was six consecutive wins for Fiziev and he will most likely replace dos Anjos’ spot as the seventh-ranked lightweight star.

Nadal withdrew from Wimbledon because of a torn abdominal muscle on Thursday, a day before he was supposed to play Nick Kyrgios in the semifinals.

It is the first time since 1931 that a man pulled out of the oldest Grand Slam tournament before a semifinal or final.

Marnus Labuschagne happy to lead without a title in Ashes